As a beekeeper, the goal is to have healthy, productive hive and a reoccurring question that gets asked is: “How many brood chambers does a hive need?”. Some say two deep Langstroth hive bodies; others say three medium. In more southern climates one deep will suffice or two mediums. Some beekeepers even overwinter with 3 ten frame deeps. But what is optimum?

A little math can help answer that question. What we really want to know is “what is the most efficient brood nest size for the queen bee?”

Studies have shown that a queen bee will lay 1600 to 2000 eggs per day at peak output. Some people believe it can be higher, I’ve seen quotes of up to 2400, but this probably isn’t a sustainable level. A reasonable and healthy estimate would be 1800 eggs per day. On a single side of a deep Langstroth frame, there are about 3500 cells when using large cell foundation. That means 7000 cells per frame. If we did the math, we’d see that one frame would have enough room for a queen to lay for almost four days. But it is not that simple since bees surround the brood nest with honey and pollen, for brood rearing efficiency. We can assume that the queen will utilise 66% (2/3rds) of each frame for brood and that gives us roughly 4600 cells per frame or approximately 2.5 days of laying.

A typical worker bee takes 21 days to go from egg to functional bee, so 8.4 frames at 66% utilisation will give the queen a full 39,000 cells which is a 21 day turn-around time. But we must factor in maintenance by the workers who need to clean up the cells and get them ready for the next eggs, and the general estimate is a 24-day cycle from egg to ready cell. That means 9.6 frames (round up to 10 frames or 46,000 cells) are needed to keep the queen laying non-stop at 1800 eggs per day (43,200 eggs in 24 days).

With these numbers, we can estimate that a brood nest of two deeps is more than sufficient for a good queen. A single deep and medium would also suffice. Given a choice the hive will keep the brood in the centre of the hive (usually the centre 5 or 6 frames of a 10 frame box) but if the nest is confined the hive will build the brood nest out laterally and the queen will reduce her laying rate to accommodate the hive size. When a hive realises it has space constraints, it will begin preparations for swarming.

If you are using medium frames, each frame has 2500 cells per side, with 66% utilisation you will need 13 medium frames for an average queen. In theory, two mediums would be sufficient, but a constrained hive may prepare to swarm earlier than anticipated.

A lot of this math is based on averages and yes, there may be some situations, like a super-queen who lays 2400 eggs per day, but that would be rare or at best, only for short periods of time. If you stick with the averages, you will have more than enough brood space and a healthy productive hive. If you do notice a super-star queen, give her room, but it isn’t something you should spend a lot of time worrying about.

A 10 frame double deep has 140,000 cells available for brood and even at 50% utilization, that is still 70,000 cells, more than enough for even the most overachieving queen.

Conclusion: A single 10-frame deep or two 10-frame mediums is plenty of room for a brood chamber.

Liked it? Take a second to support Farm Food Feast on Patreon!

How to Make Maple Syrup 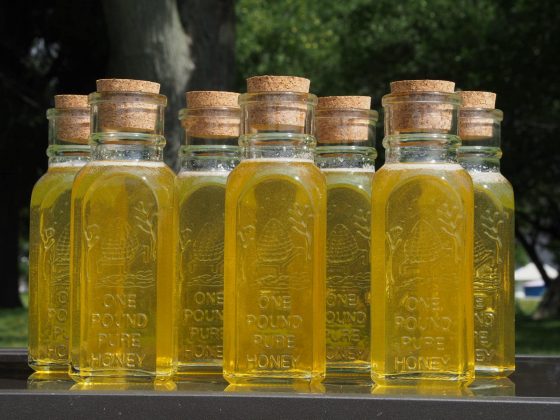